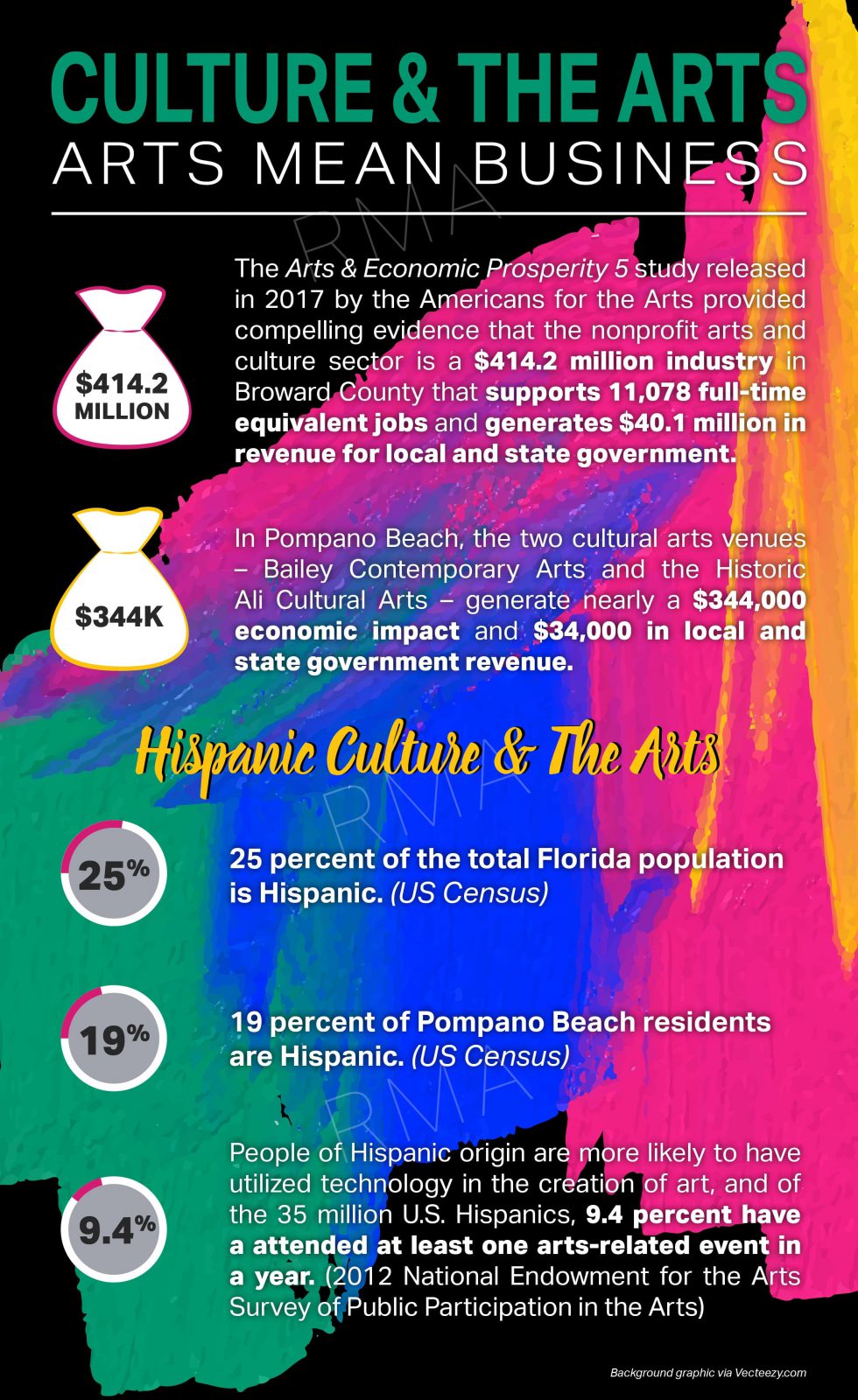 Broward County was one of 341 study regions that participated in a national research study on the economic impact of the arts and cultural industry. The Arts & Economic Prosperity 5 study was released in 2017 by the Americans for the Arts, the nation’s nonprofit organization for advancing the arts in America. The study provided compelling evidence that the nonprofit arts and culture sector is a $414.2 million industry in Broward County that supports 11,078 full-time equivalent jobs and generates $40.1 million in revenue for local and state government.

According to the Community Partnerships for Cultural Partnership, people participate in arts and culture in four primary ways:

The more ways people participate—and the more often—the more likely they are to engage in other activities that support community life.

In honor of National Hispanic Heritage month, which begins on September 15, we took a look at some of the local and national statistics that connect to the cultural arts. The 2012 National Endowment for the Arts Survey of Public Participation in the Arts revealed that people of Hispanic origin are more likely to have utilized technology in the creation of art, and of the 35 million U.S. Hispanics, 9.4 percent have a attended at least one arts-related event in a year. According to the most recent U.S. census report, 25 percent of the total Florida population is Hispanic and 19 percent of Pompano Beach residents are Hispanic.

By tapping into Hispanic populations, cities can utilize the cultural arts as a platform to engage and include Hispanics in improving or enhancing their communities via cultural, visual, performing and even culinary art offerings. This approach adds diversity and interest for locals and visitors and may also open the door for Hispanics to consider opening businesses that contribute to the economic vitality of the area.