It’s All About the Vision

The very first step of any successful city transformation, no matter how small or large, is to create a clearly defined “Vision” of what the city wants to be known for. The end goal is economic prosperity, and  truly successful cities make the connection between their Vision and economics. Think about a city you love to visit; you can probably describe specific attributes about the city that you love. Those specific  characteristics contribute to their brand and help define them as a city, and those attributes likely emanated from a Vision, or a series of Visions, that collectively make the city special. How would a new visitor describe your city? Is that description coming from a planned Vision, or is it accidental? Is it good, or do you have work to do?

Why it is important to have a clear Vision?

A city operating without a Vision is like shooting darts blindfolded. Some of the darts hit the mark by chance, but you’ll never know how close to the center goal of economic prosperity you are.

Cities with a clear Vision of who they are, or what they want to be, can define specific goals to succeed because they know where they’re going. Cities without a Vision, or those with multiple Visions or messages, tend to miss the mark and spread their resources too thin trying to be all things to all people. They often have limited success economically.  With a clearly defined Vision, your city will stay on track because efforts continually revolve around the Vision.

Example of a city using “Private Assets” to create the Vision:

The City of Oakland Park invested over $20 million in streetscape improvements in and around a proposed downtown area but couldn’t identify why the private sector wasn’t rushing in to open businesses and restaurants. The reason was that the public in general wasn’t clear on what the “Vision” was of the city, or what the city wanted to be. By identifying a few key  private sector assets, the city was able to promote a very strong culinary presence by focusing the future Vision of the city around the existing local culinary uses such as catering companies, kitchen and bath designers, commercial kitchen operations and some one- of- a- kind food outlets. The new “caught the attention of Funky Buddha, a hip cool brewery, who later became the anchor for the downtown area. That city was then able to grow the Vision through the culinary brand by creating a lively downtown environment that attracted more commerce, as well as new residents wanting to live near all the action. 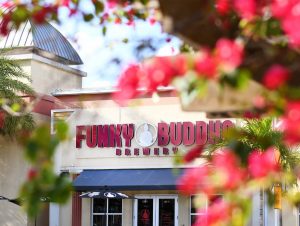 Example of a city using “Public Assets” to create a Vision:

The City of Pompano Beach had not attracted significant private investment for over two decades, and to compound the issue, the public realm was tired and dated due to a lack of city investment in its public infrastructure. Their image, or brand, was so dull that both residents and businesses passed the city by when deciding where to live or open a business. This city even missed one of the largest real estate cycles in history. Why? Because the neighboring cities were perceived to be safer places to “invest” in a house or business.

This city’s Vision had to first and foremost include changing their image before any other meaningful public effort or expenditure would be effective.  The city targeted a few very visible public assets, including a prime vacant parcel of land. They actively promoted the public investment in their own infrastructure as a commitment to improving the city’s image and its business-friendly atmosphere. The investments in the public realm started to change the physical image of the city, and the business-friendly message started to attract the attention of the private sector. The result was a completely transformed city brand and image. The public and private investments continued to build until, five years into the initiative, the city was declared “The New Hot Spot” to live and do business. 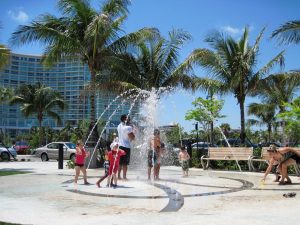 Photo: Splash Pad A1A & Atlantic in Pompano Beach – photo retrieved from keeping up with the kids 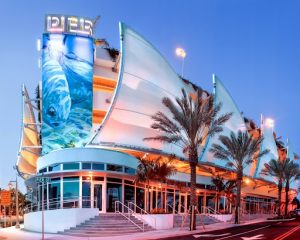 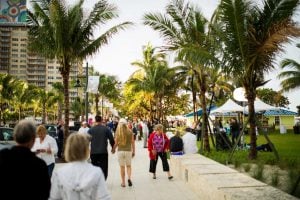 How do you develop the Vision?

This effort is different than creating a City-Wide Master Plan or an Economic Development Plan. It’s about defining who you are as a city, and what people will identify you with. The most successful cities have clearly defined “personalities” and in successful cities that persona is not formed by accident.

Some cities can focus on a set of key assets, for example a concentration of uses like historic properties, or a large concentration of music venues and activities. Other cities may have physical assets like mountains or beaches, a quaint downtown or even plenty of open space. Some cities can promote their Vision by what they “don’t have” such as traffic or density. By using the assets that already exist, the city can then build a brand that begins to attract investment from both residents and businesses alike by creating an environment made up of great places where people want to be.

Below you will find a set of RMAs guiding points that are useful during your process to develop a successful Vision for your city:

Connecting a city’s Vision to its growth

Public Spaces: The Vision behind a project or public space will be unique to each community. Some public spaces can contribute deeply to the Vision of a city.

The Cloud Gate sculpture, also known as ‘the Bean,’ is a top attraction in Millennium Park in Chicago. Unveiled in 2004 it serves as a famous symbol of Chicago and is one of the city’s most photographed attractions. 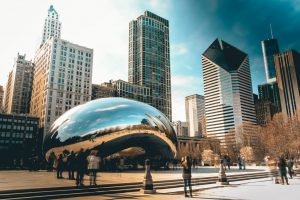 The City of West Palm Beach in Florida also recognized the economic impact of public art and open spaces when redesigning their waterfront area and incorporated a “Great Lawn” area that has been the focus of art, entertainment and nationally recognized sculptures.  These installations are contributing to their Vision of becoming a culturally abundant city. 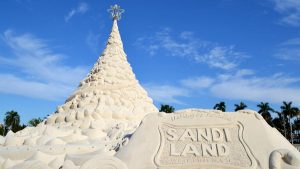 Quality of life as a key metric for successful Visions: Livability is the key to economic vitality, the most talented people in the world can choose to live wherever they want. 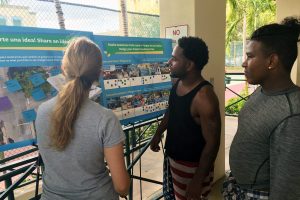