While cities are shaped by many influences and urban expansion can take many forms, transportation and the way in which people move about cities is a significant factor in a city’s shape and size. Through our [comparatively] brief American history we have seen major urbanization occur as a consequence of rapid industrialization and transportation innovations.

The movement of people during early times was mostly limited to walking and horse drawn carts for goods. Mass urbanization and the Industrial Revolution made these early cities undesirable to the wealthy and, as railroads reached the city centers, this presented an opportunity for the affluent to relocate adjacent to the city in railside residential clusters. However, low and middle-income city dwellers could not afford the extra time and expense for travel to work in these adjacent areas, necessitating a technological breakthrough in transportation in order to take advantage of these markets.

The electric streetcar dawned a new era in the movement of people and expansion of the urban environment. By 1900, the decentralization of the middle-income public fueled the growth of metropolises, extending the urban form in linear fashions, away from the centers. By the 1920s, the automobile introduced mass private transportation, providing access to new peripheral residential developments that pushed the perimeter of the urban landscape even further from the downtown core.

A robust economy, high housing demand, and the American Dream, triggered a massive wave of urban decentralization that followed the Great Depression and World War II. Federal policies on home loans and highway construction favored new sprawling development. Ultimately, expansive highway networks would seal the deal, allowing equal access to the suburbs as well as the Central Business Districts. This structural reorganization of the metropolis encouraged nonresidential activities of every variety to begin their own massive urban exodus, with manufacturing and retail leading the way. Consequently, the emerging outlying “city” became as economically significant as the neighboring central city that spawned it.

Suburbanization is the result, in part, of two centuries of transportation innovations. While urban areas within the U.S. today are growing faster than rural areas, we know that the expanse of our urban environments is only limited by the transportation options available. Mass private transportation has allowed for the development and urbanization of a large area with expansion in any direction.  Considering people are typically comfortable with a commute of no greater than 45 minutes, quicker and more convenient forms of transit have allowed for this urban growth boundary to expand as it becomes easier to travel a greater distance in less time.

The legacy of automotive transportation and the freedom it provides, has led to an automobile-dominated transportation system that wholly altered our urban landscape to an automobile-oriented design and function. Many cities today are now focusing on Smart Growth planning principles, Transit-Oriented Development, and encouraging multi-modal transit options instead of planning for sprawling development accessed by automobile. In addition, many cities are also built out to their boundaries with limited opportunities for growth and have severe traffic congestion on major corridors due to automobiles as a transit preference or the only option.

Many cities are exploring options for “sprawl repair”, including encouragement of mixed-use and transit-oriented development.  Prior to the automobile era, cities were compact places, which required the city dweller to live, work, and potentially play within a walkable and dense environment. Although we are no longer limited to merely walking about our urban environments, we see the desirability and benefits of the type of urban form that accommodates pedestrian activity, transit-oriented development, and mixed-use residential development types. The solution will not begin with another transportation innovation, but rather by supporting a better urban form, creating a critical mass of people and businesses, to allow for the use of a public transit system, and to make it more comfortable and convenient to use a non-automobile transit mode.

RMA understands this well and for years has already been working with cities on incorporating mixed-use and transit-oriented development. Does your city have a transit corridor lined by underutilized property? RMA has hosted charrettes to determine, with staff and residents input, what the desires of the community are. We help cities by providing an approach to take city centers and transit corridors from auto-oriented to transit-oriented to allow for the type of growth that is desirable to a community. Most recently, we have provided the City of Pompano Beach and the Town of Lake Park with districts that will allow for a denser commercial and residential mixed-use development, re-establishing the downtown as a prominent and productive central urban core.

The City of Pompano Beach was looking to create a district around the intersection of two major transit corridors. Previously, these were commercial corridors with single-story retail and low-rise office buildings. Adopted in February 2018, this district now permits mixed-use residential mid-rise development with commercial at the base of the building. 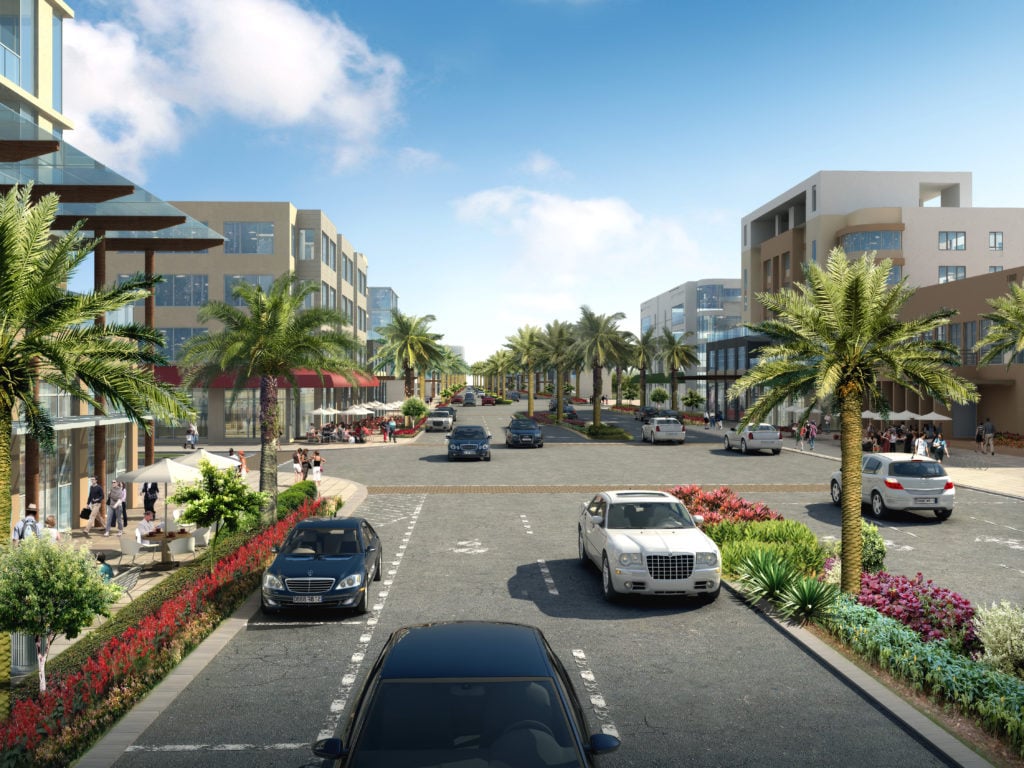 The new district in Pompano Beach will create a comfortable urban experience for pedestrians, a desirable market for retail and commercial activity, and a pleasant place to live for residents.

The Town of Lake Park needed to expand their tax base. Rather than increasing taxes for current residents, the Commission opted to establish a mixed-use district on a current commercial corridor that would allow for more residential units than previously permitted. Like Pompano Beach, the area abutted a significant transit corridor. The existing development within the district was all underdeveloped and severely auto-oriented (with a big parking lot adjacent to the street and sidewalk, and a strip mall way at the back of the lot). The existing residential development within the district is predominantly single-family and duplex housing types.

Establishing residential compatibility and transition of heights and building form were essential for the new district in the Town of Lake Park.

Now that this district has been established, developments can be any mix of commercial and residential along the corridors. Developments are incentivized to provide transit amenities, such as shelters, stations, and bike amenities, and roadways within the district are designed to accommodate multiple modes of transit to create “Complete Streets.”

Sources: Research for this article was done by a review of the excerpt “Cultural Foundations of the U.S. Urban Experience” by Peter O. Muller as it appears in Spatial Evolution of the American Metropolis.